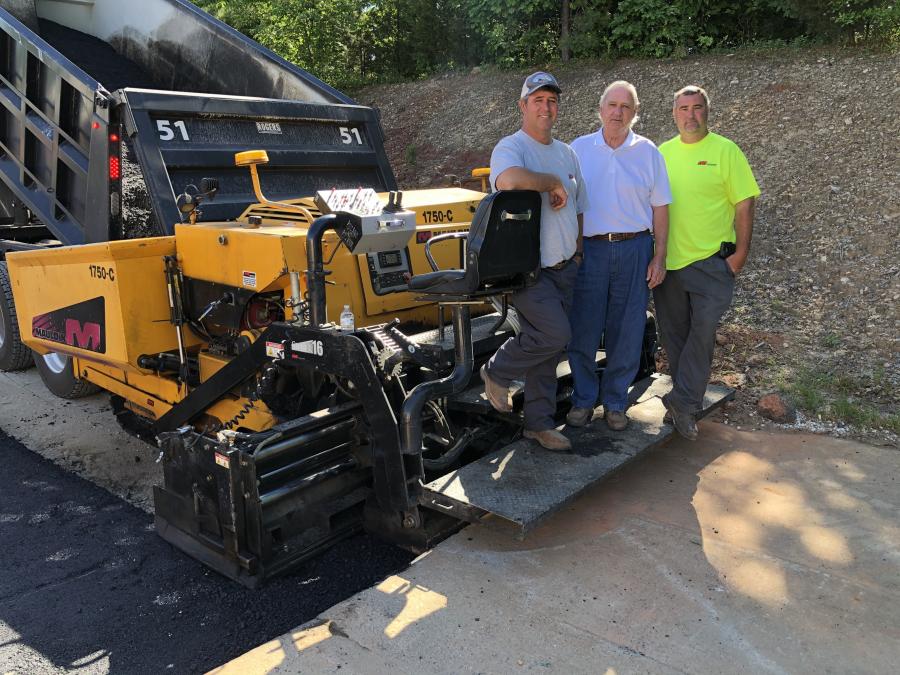 Both of Scott’s sons, Jason (L) and Kevin (R), are working in the family business now and have taken over managing the crews on site, with the elder John Scott works as the estimator for Asphalt Paving & Maintenance.

When it comes to the business and science behind asphalt paving, there may be no one in the Southeast with more knowledge about the subject than John Scott. He has worked around the industry for more than 50 years as both a South Carolina Department of Transportation inspector and engineer, before opening his own company in 1979. 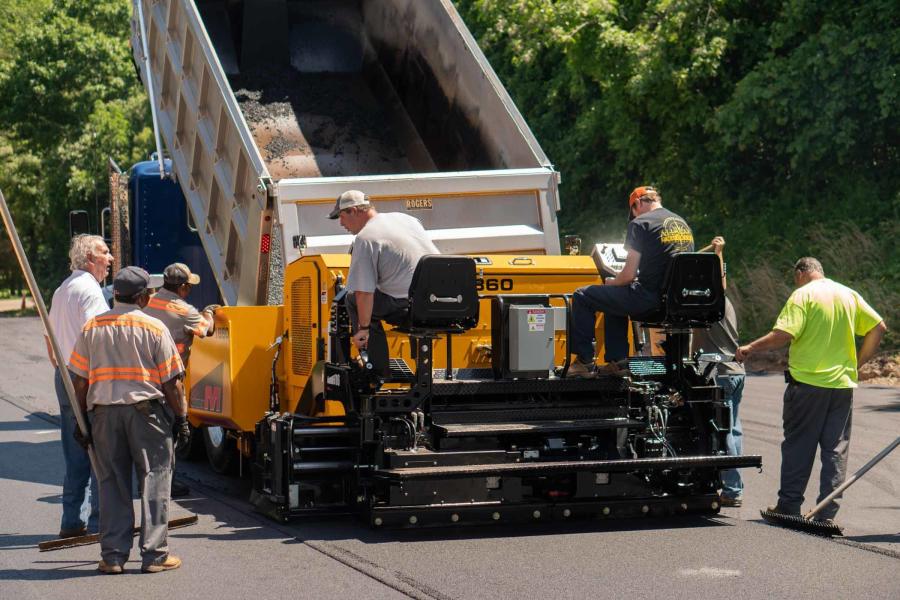 Scott first worked at the SCDOT in 1966 as an asphalt inspector designing asphalt mixes in the Research and Materials laboratory. Later, he was promoted to a regional asphalt engineer for the state agency, responsible for the inspection of asphalt that was produced by private contractors building Palmetto State highways.

“During that time, I started assisting one of my friends who was painting some lines on a parking lot,” he said. “After a while, he decided he didn’t want to do that any longer and asked if I would just like to take over the line-striping business, so I purchased his equipment. While I was painting lines, I would have customers ask if I could patch a pothole or seal a parking lot for them. At the time, I declined to take those jobs, but as time went on, I purchased a little truck and a small roller and started doing a little patching on the side during the time I was still employed by the state.”

Scott said the financial windfall from taking on these side projects was too great to ignore and he soon found he could make more money in the late afternoons and weekends than he could working full-time for the highway department.

“When we opened the business, we were in a deep recession in this country and everybody said I was crazy to quit a good paying job with the SCDOT to take a chance going into a business of my own,” he said. “But we did good, quality work and the result has been we are very successful.”

When he started Asphalt Paving & Maintenance, Scott purchased a motor grader, two dump trucks, a paver and a roller. In the beginning, the business primarily worked on small residential driveways. Eventually, though, it started taking on more and bigger commercial contracts.

The growth of the company progressed to the point that in 1982, Scott bought his first asphalt plant and operated it full-time. 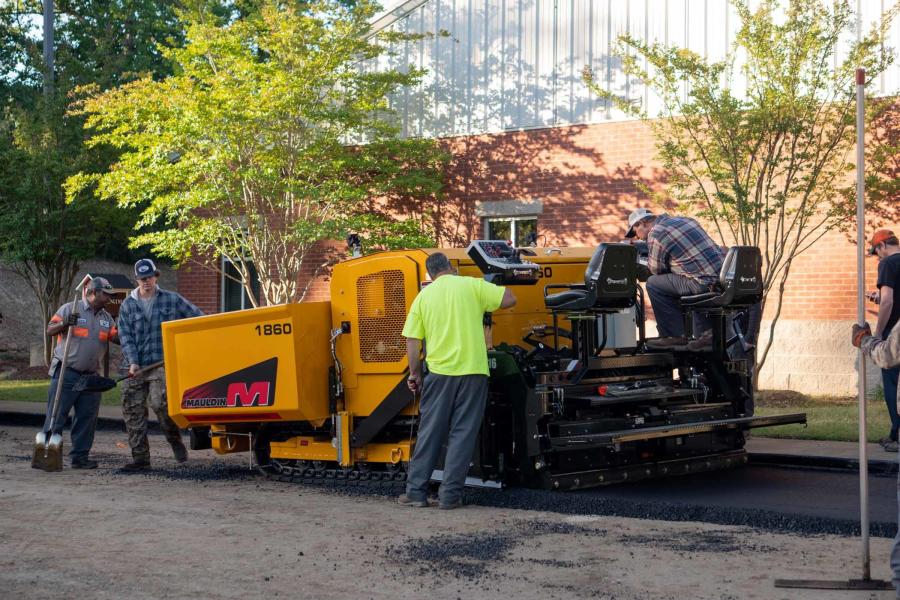 “It was in a location that was probably 25 to 30 miles from our offices, which made it a little bit difficult to keep our hands on it, so we later sold the plant,” he said. “Instead, we concentrated on just the paving aspect of our operation and downsized just a bit. We have been focused on commercial paving and parking lots ever since.

“We generally work within 20 to 25 miles of Columbia, but we do projects for many contractors that have jobs all the way from Charleston up to Greenville. They request that we follow them and do their needed paving work, so we have been all over the state.”

Scott gave an uncomplicated answer when asked the keys to his company’s success, despite four decades of ups and downs in the marketplace.

“Keeping it small and keeping my hands on it to where I knew exactly what was coming in and what was going out,” he said.

And, of course, Scott’s success has also depended on the good decisions he has made concerning his paving equipment acquisitions. He employs a variety of pieces from different makers, but he developed a special affinity early on for Mauldin Paving Products, manufactured by Calder Brothers Corp. near Greenville, S.C.

“I purchased a used Mauldin 550 paver in the beginning and that’s what I used for several years before buying our company’s first Mauldin 1750 paving machine in the mid-1980s, and we have used that model ever since,” he said. “The 1750 pavers have done such an excellent job for us that I would guess we have bought about 20 of them.”

In addition, Asphalt Paving & Maintenance is currently demoing a Mauldin 6000 roller with the idea of purchasing, according to Scott. 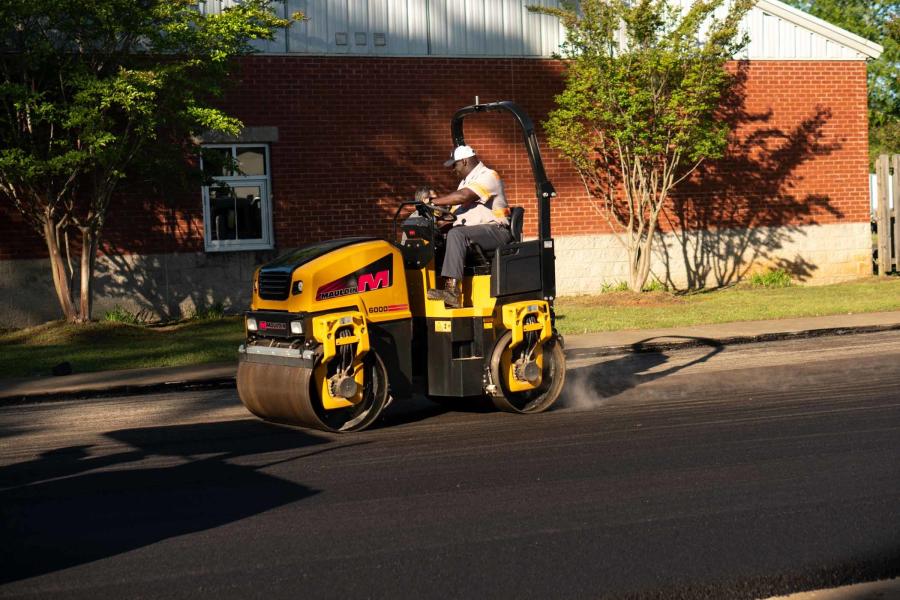 “And we have also recently purchased a Mauldin 1860 paver,” he added. “We like it because it is a little bit more streamlined, has a larger hopper, and is overall a more up-to-date and modern machine than the 1750 model.”

Scott’s advice and input have even become a valuable resource for different paving equipment makers, including Mauldin Paving Products.

“For 25 years, they have been giving us feedback and testing a lot of products for us,” said David Calder, vice president of engineering at the equipment maker. “They have driven several of the product changes we have made to our equipment, such as the electronic match-height adjustment on the 1750 and 1860 commercial pavers. That is something they insisted on having and it is now a standard feature on each model, so it has been a good partnership.”

Both of Scott’s sons are working in the family business now and have taken over managing the crews on site, with the elder Scott working as the estimator for Asphalt Paving & Maintenance.

“That seems to be working out quite well,” John Scott said. “I generally come out in the mornings and show them what I have looked at and decided what we need to do. They then get it all marked out and laid out, before they take it from there to get it paved. Then I go back to the office to do more estimating.